This mistress could not believe that her boyfriend was a sex addict. He wanted sex all the time and she was fed up. She had to make him change but he could not see that he had a problem. So she facesat on his face and she choked him before she forced him to go and get help. He had no choice as he was afraid of what she would do to him if he did not. 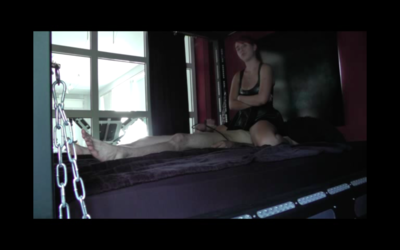